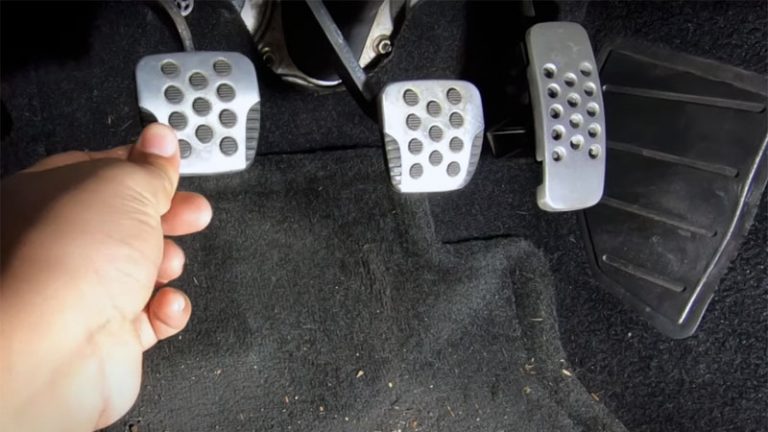 The clutch release is the first thing to master when learning to drive a car. The sync between the clutch pedal and gas is responsible to get your car in motion. The clutch is released in slow and smooth motion while keeping a check on the gas pedal. This initial step gets your car started. However, you might experience a situation where the car doesn’t move when clutch is released. In manual cars, the clutch has a really important function to perform. It disengages the wheels without killing the engine.

A car equipped with a faulty clutch might experience a variety of problems. First of all, it is difficult to get the car moving. Apart from that, a damaged clutch hampers the process of shifting between the gears. Consequently, the overall performance of your car is degraded. Therefore, this problem is a matter of concern and requires immediate repair.

The clutch functions to disengage the wheels when you place your car in gear or shift between gears. Therefore, the clutch pedal is used frequently while driving. A faulty clutch indicates a problem in the transmission system of your car. Eventually, if the clutch is released properly but the car refuses to move, it can be a case of a damaged clutch disc or even a transmission fluid leak.

This is a common reason behind a failed clutch system. The transmission fluid generates hydraulic pressure. Consequently, this Pressure transfers the energy from the engine to the wheels. There is a standard level of fluid specified for your vehicle. The level of fluid below the standard quantity implies a leak that is causing this problem. The clutch is released once the car is put in gear, but a car with a transmission fluid leakage is unable to engage the gear. Consequently, the car doesn’t move.

The mechanical clutch is a vital component of the transmission system. Worn-out clutch components like the clutch disc, hamper the overall performance of your vehicle. A damaged clutch cannot handle the weight of the vehicle. This happens due to lack of friction material Therefore, damaged friction components might be a reason behind this problem.

A worn-out clutch disc leads to a slip of clutch when the pedal is released. The clutch channelizes power from the engine to the gearbox. This process is repeated every time you shift between gears while driving. A faulty clutch disc lacks the amount of friction material required to engage the transmission. Additionally, a damaged clutch disc is unable to perform the transfer of power between the engine and gearbox. The clutch release leads to a complete slip of the disc and the car stays stationary. 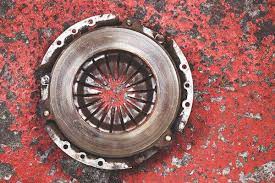 This problem is common with the gear transmission process. Two gears might get stuck and act functional at the same time. This results in a stuck vehicle that won’t move In any gear even when the clutch is released completely. Additionally, stuck transmission degrades the gearbox performance and the clutch mechanism. 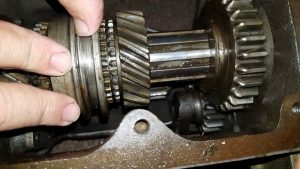 How To Fix A Car That Won’t Move After The Clutch Is Released? 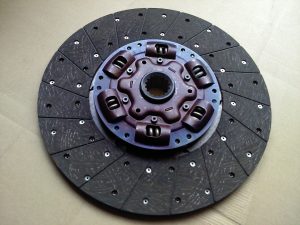 Transmission fluid functions to transfer energy from the engine to the gearbox. Refilling the fluid to the standards is necessary. This not only improves the gear shift process but also upgrades the performance of the gearbox. The transmission should be checked for leakage of transmission fluid. This fluid is easily refillable under professional guidance.

Sometimes, the problem might not be with the clutch, but in the gear transmission. In case of a stuck transmission, the clutch is unable to engage a particular gear and the car doesn’t move. Repairing the stuck transmission problem leads to a proper gear shift procedure. Once the clutch is able to put in gear properly, releasing it will engage the wheels and your car will move smoothly.

This is a sure-shot solution if your car doesn’t move when clutch released. Replacing the clutch kit is the last resort if your mechanic figures out a considerable amount of damage. However, replacing the complete clutch kit is the best solution to avoid any future damage. A new clutch kit allows the gear transmission to manage weight efficiently. Therefore, the gear mechanism is fixed. Clutch replacement is a complex and expensive procedure. It is advised that one seeks proper professional guidance in such a situation. A new clutch kit will engage the gears in the most effective manner. 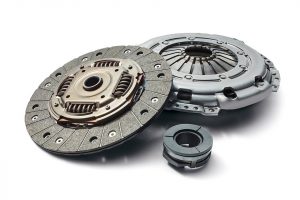 How To Prevent Clutch Damage?

Prevention is always better than cure. There are a few things that you can do to avoid clutch damage. The clutch pedal is used frequently while shifting between gears. One must ensure that the clutch pedal is completely pressed. This ensures the wheels are completely disengaged. The half clutch press can cause severe damage to the clutch plate and lead your vehicle to a complex problem. Furthermore, the clutch mechanism of your car must be checked regularly for any malfunction or damage. A problem that is diagnosed at an earlier stage is easier to fix.

A stationary vehicle triggers disappointment and stress in the mind of the driver. A proper clutch system is a basic requirement for your car. Therefore, seeking reliable professional help is advised. Clutch damage can lead to transmission problems in the future hence it should be fixed on priority.

With many years of experience, our team works hard and fast to identify every problem there is, in a vehicle. Yes, we are mechanic maniacs!